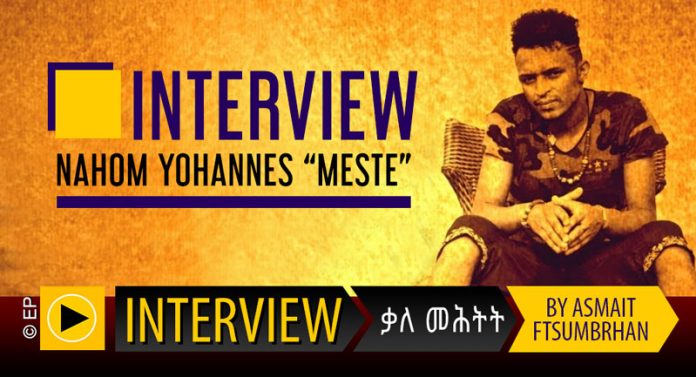 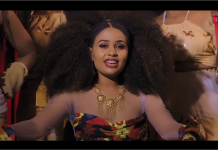 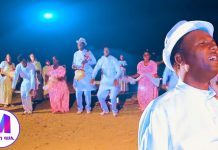 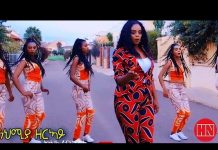 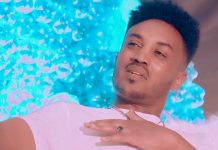 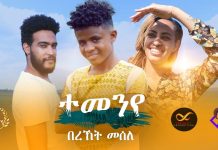 People are always trying to keep track of his personal life. Well, that is mostly what he is known for. They say that most of his songs are related to his personal life, but he begs to differ. Nahom Yohanes, aka Nahom Meste, had his breakthrough as a musician when he presented a song which was connected to his personal feelings about his love life. As a kid, he wanted to be recognized for his works; he seems to manage that as he is one of the many artists whose names shines across the music industry of our country and YouTube. Not only is he the one who had the most YouTube hits of the Eritrean songs but he did it again, breaking his own record for the second time with the recently released single, GUYAGUYA. Nahom’s latest single has even put his name in the billboard amongst the world’s great musicians.

After many calls, Q&A has managed to track down and invite this young Eritrean star whose dream is to get even bigger.

How did you get in to music?
I really can’t say that I got my inspiration from anyone. There was this Kirar (traditional musical instrument) that my brother was keeping at our house for a guy whose parents didn’t who didn’t want him to be a musician. I used to tell my mother to give me the instrument and try to play with it even though I didn’t know how. However, I was motivated to be a good musician when I saw Temesghen Yared and Andit Oqbai who are few of the big names in the Eritrean music industry on TV. I wanted to become a good musician who would be recognized for his works.
It was not difficult for me to pursue my dream of becoming a musician since I had all the support from my family.

Your musical journey began…
After I was able to play kirar well, I started playing at weddings. My neighborhood buddies all played kirar well and we played and sang in our neighborhood every day and on different occasions. That was all before I joined Bidho Junior School. The school, formed a band and I joined. Bidho Band presented some good works which attracted support from funs and it was very well accepted. Later, the band joined the NUEYS and went by the name Haben Band. I was a member of the band for almost six years. I would definitely say that it was in that band that I grew up as an artist and even grew my ambitions to become one of the biggest artists of our country, and that is a dream I am still chasing.
In 2004, I joined the Theater Association of Asmara for two years until it fell apart due to some reasons. Again, I joined Kewakbti Rim Music Group where I am still a member.

How does joining a musical group change you as a musician?
To be honest, that is something I want to talk about during my interviews. Joining a music group changes your perspectives as a musician and helps you grow. I didn’t get any courses regarding music but I hope to soon. Joining music groups introduces a musician to many other musicians with various talents and skills. It is an environment that provides competitions among the musicians where they work hard to bring out their best, and I think that is what greatness is all about. That is how you grow and upgrade yourself. After I joined the music groups I was able to know about the various beats and learn the techniques.

When was your first break through as an artist?
Well, I would say that it was in 2007 when I just got back from my national service duty. There was a song prepared for the independence celebrations of the 17th Anniversary. The song was planned to be presented by another artist. I was just going to sing it as a sample for the singer who was going to present it. However, they thought that it was better if I presented it, a song by a 17 years old for the 17th anniversary. They changed the lyrics and I performed at the stadium during the Independence celebrations. That was the first time I presented to the public. It was a song titled “Arkibe”. It reflected that the young generations are here to take the responsibility and continue their forefathers promise to keep their country and people safe. It was a moment that I would never forget.

After that, my family wanted me to get big in music and advised me to have an album.

So, the first song that I ever released as a single was “Delenayo Kitie’m” (great to be together). The song originated when I went to Assab for work. There I met my longtime friends and we were talking but in the middle of our conversations one of them said, “What a nice day to be with you guys. Nahom, you have gathered us. It is so nice to be here”. I wanted to reflect the moment and I took the title from what he said and made it in to a single.

After that single, I came up with another song Ntraney. Also in 2010 I started to work on an album that is still not finished. Hopefully I would get to release it soon.

Can we talk about the song that has won you many fans?
Yes. It is mostly because the song was related to my love life. Before, I was working on my album until I fell in love with Adiam Sbahtu. I am not ashamed to say that she became my everything that I forgot the actual work I was working on. I was with her day and night. I dedicated my life to her. I don’t honestly know what I was doing; you can call it crazy love. Unfortunately, we broke up because of some people. And I thought that was the end of us. I thought that she would never get back to me. That was when I came up with a song for her, Tsbiqtn Ey’entn translated as beautiful and unfortunate. This is the first song I did before the one that attracted the fans attention. Then I went to give her the song and dedicated it to her. She heard it and couldn’t control her emotions either. Through God’s will, we were back together. Then I had another song for our wedding that was about how we overcame our obstacles against the bad intentions of others. Seb intay deybele is the song I made after Tsbiqtn Ey’entn even though it was the first song that had people’s attention.

It was also one of the songs that had many YouTube hits?
Yes. It had 500,000 views in twenty days. It is also the first Eritrean song that has the record of 9,600,000 views on YouTube.

Most people relate all your songs to your personal life…
Yes. But that is not how it is supposed to be. The only songs that are related to my personal life are the ones I just mentioned. I don’t have any other songs related to my life. I would like to clarify that.

How many songs have you had so far?
I collaborate with many talented artists. I have had more than ten songs so far and I am going to release my album soon.

What do you think about our musicians?
I would say that we have skilled and creative musicians. Think about it, we don’t really have the modern instruments to play with. Yet, our musicians fight to bring the best and are presenting music which is competitive to the standard of the music world. Starting from the artists to the directors, I am proud to say that it is nice to have those great artists who make everything easier.

Yet another song which made it to the Europe Billboard …
It is one of the songs which is about to be released in my album. I loved it so much that I decided to release it first. Guya Guya is a song that talks about a guy whose love partner left him because of the poverty he was going through. Again, I would like to stress that it has nothing to do with my personal life. I knew that people were going to relate it anyway, as usual. But it is a song that I worked hard on which I would say has totally paid off. It also made it to the Europe Billboard: 5th in Norway, 17th in Switzerland, and 11th in Sweden. Again, it broke my YouTube record, 1.000.000 hits just in 14days.

Thank you for having us. 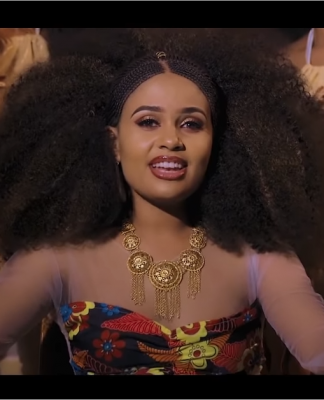 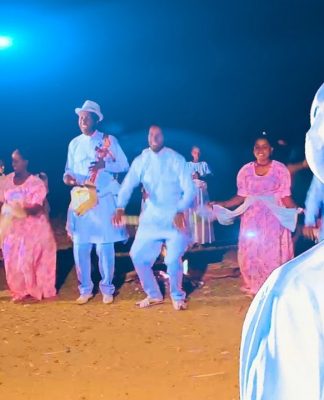 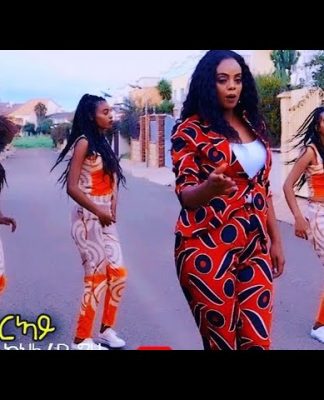 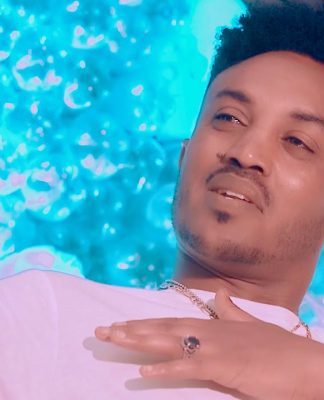